Travelski
An Ad Campaign in Paris' Metro
Scroll Down

As in each year since 2005, Travelski promotes its wide choice of mountain stays with a promise: offering future skiers a tailor-made offer, where everything is included.

In collaboration with La Plagne and Les Sybelles, Travelski decided to carry out a vast communication campaign in all Paris metro stations to increase their recognition and visibility. At the origin of the initial concept, I developed this project until its finalization in response to an internal call for tender.

These posters evoke the unique and pleasant family time on the ski slopes with the benefit of the Travelski’s all inclusive deal. In these times of hyperconnection, the tourism industry is not immune to new technological trends, symbolized by social networks. In this context, these moments are thus told in photos, hashtags and emojis. 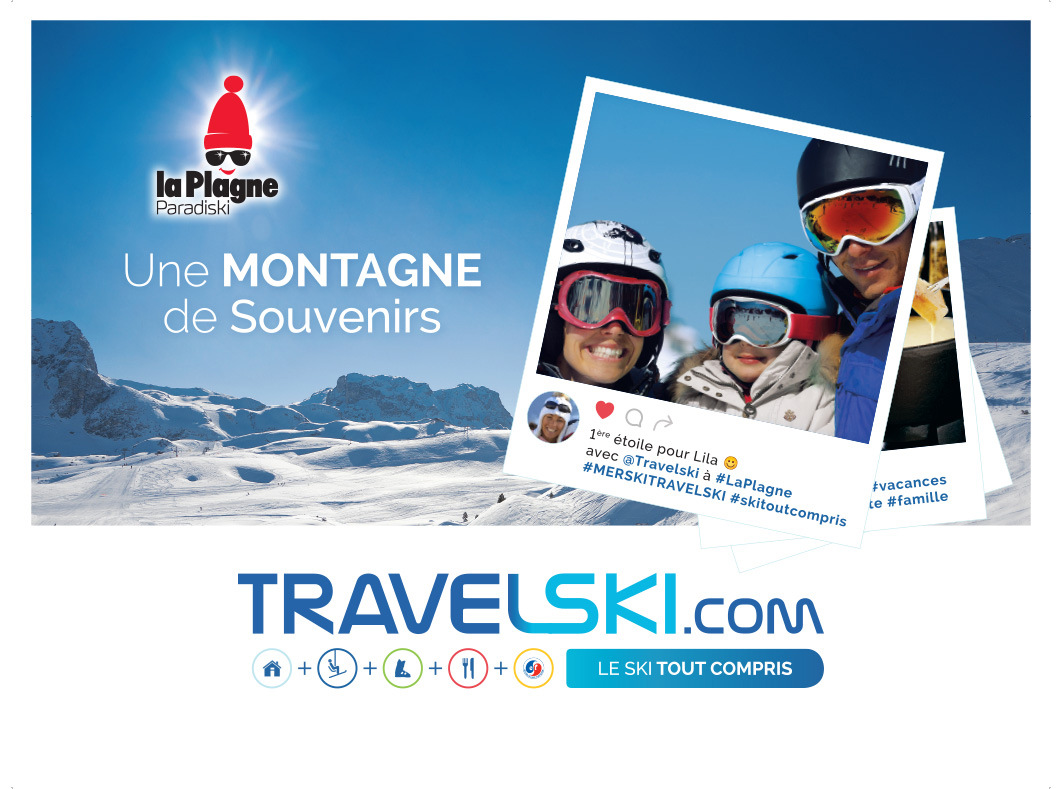 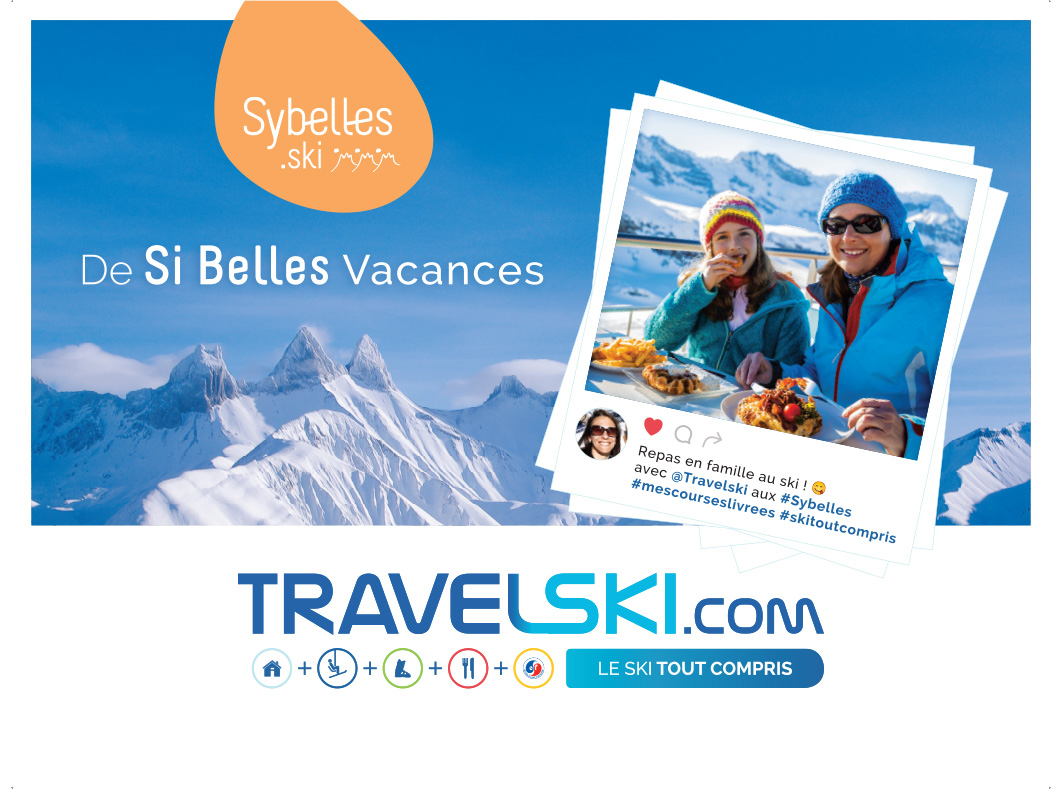 As reputation and recognition were the stated objectives, all the key informations linked with the compagnies should be visible in any way : from the opposite quayside or through someone sitting right across it. The design should also serve as a template for prospective collaborations with other stations.

This public transport communication campaign was a success for the three brands: traffic on the site increased sharply during the display period, while bookings to these destinations were particularly popular among customers. 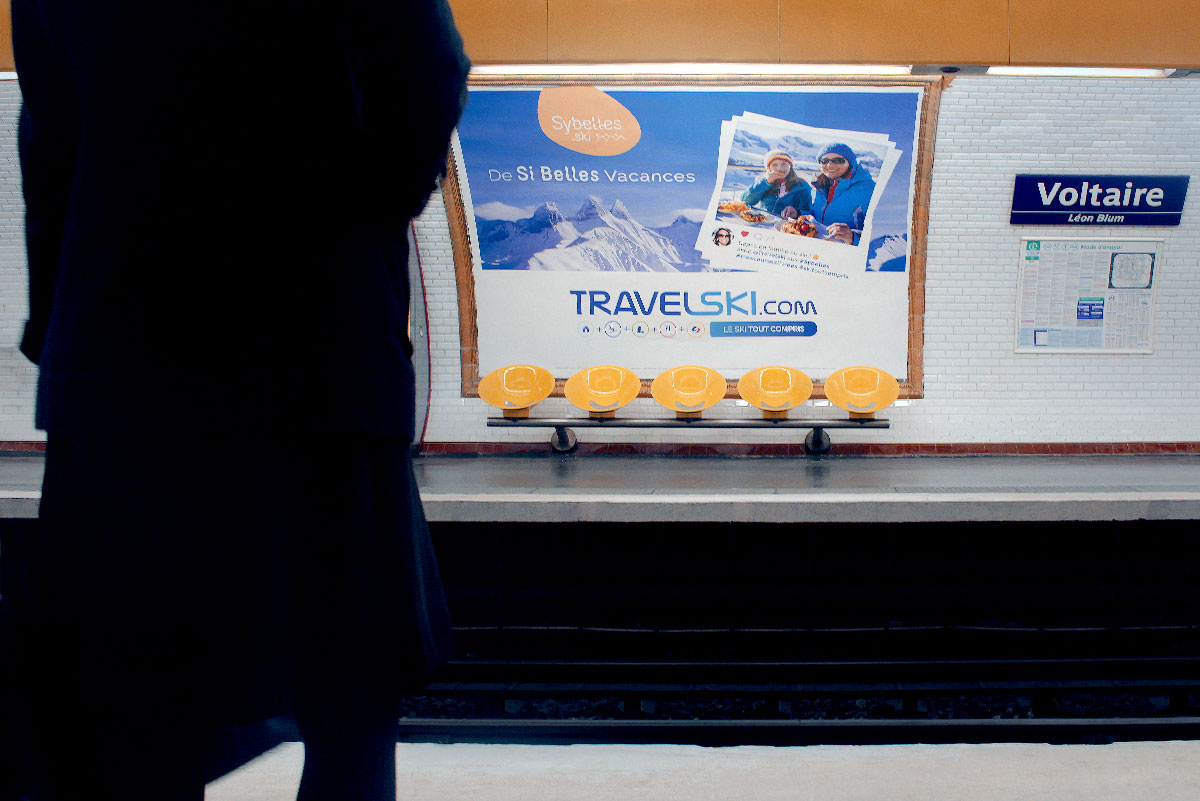 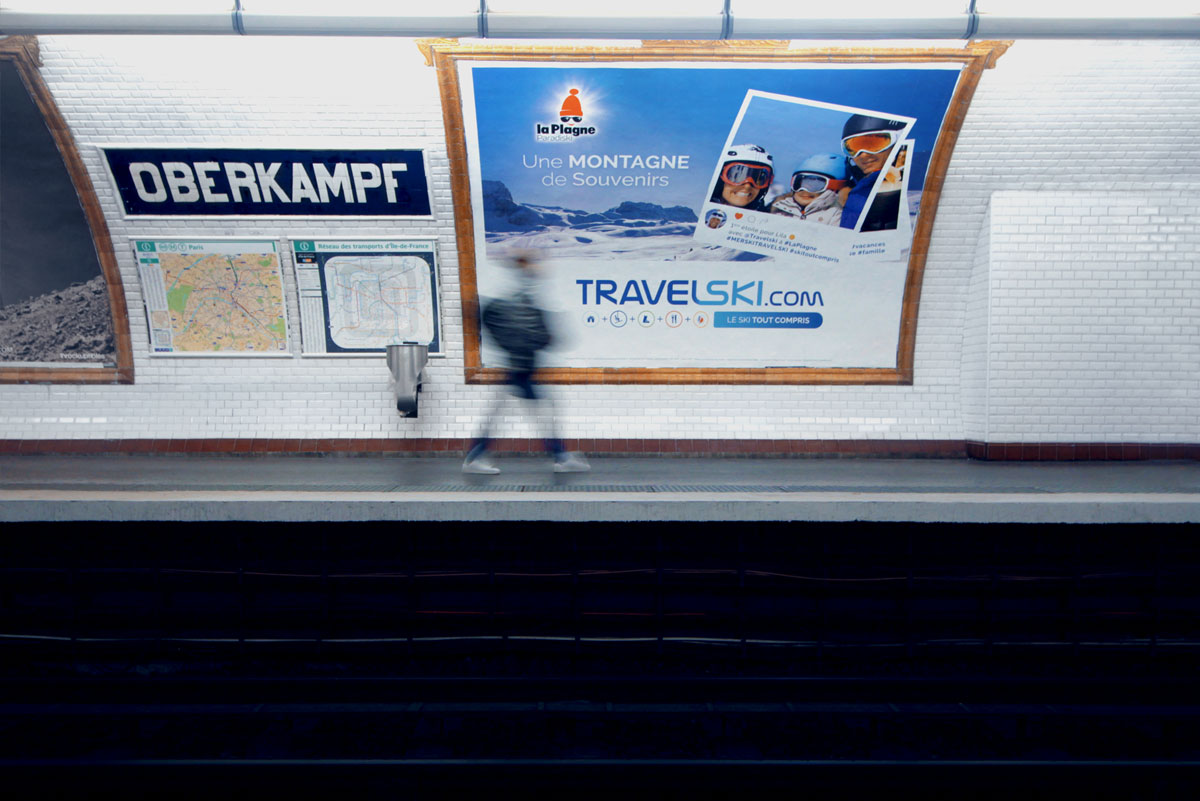